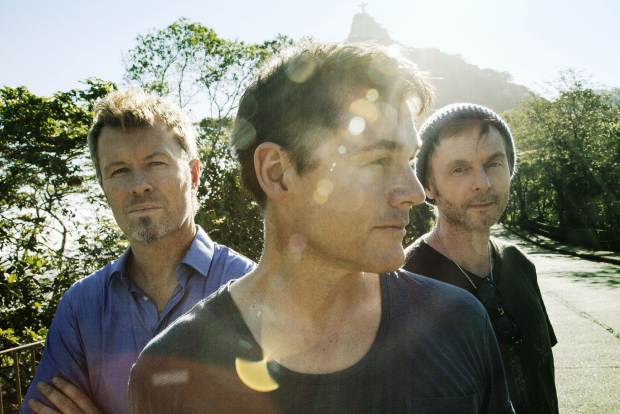 Thirty-five years on the stage - the Norwegian band A-ha has achieved a lot during this time, including becoming the most exportable mega band of Norway, playing thousands of shows around the world, including Latvia, as well as saying goodbye forever to its concert guests. However, one can’t simply say "stop" to true love for music. A-ha acoustic album “Summer Solstice” recently was released as a part of  MTV Unplugged series and next year the musicians will have a fresh beginning with the world tour where acoustic performances will be combined with concert series Electric Summer. The Norwegian band will perform at Sigulda Open Air Stage on July 17 and listeners will have a chance to enjoy the great hits that have lived through decades as well as brand new compositions which still carry the unique and creative A-ha signature sound.

Tickets for the global Electric Summer tour concert in Sigulda will go on sale on Thursday, November 16 at 10am across all “Biļešu serviss” networks. Members of FBI Concert Club and Positivus registered users will be able to purchase tickets during pre-sale, starting from Wednesday, October 4 at 10am.

It can be said without exaggeration that A-ha returns to its audience with a record that is full of love and, unusually to these distinguished synth-pop representatives, this time it is recorded in acoustic version. "Suddenly we are a band again, suddenly we are aware of why are we together, and we get along like never before," Morten Harket has commented production of the brand new album. The unique "Summer Solstice" album was recorded in the summer solstice of 2017 in a very small concert hall on an isolated island by the west coast of Norway. There were only 250 listeners present and in the concert it was strictly forbidden to bring any recording devices, even cell phones. Music critics and listeners were very responsive to the record and it became the seventh A-ha album that entered the UK's Top 10.

The 2018 tour will be open in June in UK, followed by concerts in the rest of Europe, USA and Latin America. Several concerts in Norway were announced as the first ones and they were sold out almost immediately. It’s important to note that this is the first time when biggest A-ha hits will be performed in acoustic versions, however this concept won’t take over the energy-charged dynamics that is so typical to A-ha. “Electric Summer” as loud as one can imagine, well known songs and new sounds – this summer will bring new experiences to the musicians and surprises to the long-time fans. Also, Sigulda Castle Stage in Latvia is not chosen by an accident, tour's concerts are designed to be enjoyed best in outdoors. As announced before, A-ha will play in its tour at least 60 concerts.

Tickets to the Norwegian synth masters A-ha show will be on sale from November 17, FBI and Positivus club members will have a chance to purchase tickets from November 16. The first ticket price starts at 39 EUR, VIP tickets - 89 EUR; tickets can be purchased at Bilesu Serviss offices and www.bilesuserviss.lv.