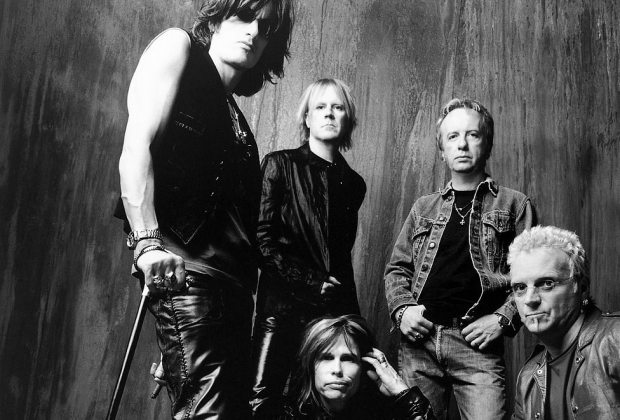 AEROSMITH, idols of millions and one of the world’s greatest live-bands, will perform in Riga at SKONTO STADIUM on 3rd of July. The tickets to this summer biggest rock-event will be on sale starting March, 12th at 10 am.

Aerosmith - America’s greatest rock ‘n’ roll band - are set to return to Europe for the first time in 8 long years for a mammoth European tour. Fresh from a hugely successful US tour, Aerosmith are set to put on one of the great rock shows and spawn what will be the ultimate must see event of 2007. Steven Tyler, Joe Perry, Brad Whitford, Tom Hamilton and Joey Kramer say that they cannot wait to come to Latvia for the very first time in their long career. «We love the fact that on this tour we are playing countries and cities that used to be completely off-limits for Americans. Riga will be one of them. We never dreamt we could come here, because we grew up during the period of cold war. Even during these years we knew we had a lot of fans in these Europeans countries, we couldn’t imagine we will ever meet them. But now our dream comes true and this is really great!».

During their remarkable and almost 40-year long career Aerosmith has released 14 studio albums and has sold over 140 million copies world-wide. The band has earned 95 gold, platinum and multi-platinum certifications for their albums, singles and videos. Aerosmith has made numerous achievements and won numerous awards over the years, more so than almost any other hard rock band, making them one of the most acclaimed rock bands in the world — that includes four Grammy Awards, eight American Music Awards, six Billboard Awards, and 12 MTV Awards. Aerosmith is a member of the Rock & Roll Hall of Fame and the first rock band to be honoured as MTV Icons.

During the last 35 years Aerosmith has performed nearly 2000 shows and toured so much that they've criss-crossed the globe nearly 36 times, almost nonstop and turned on millions of fans along the journey. The producer of the show, Peeter Rebane says that there is not so many bands nowadays who during their long career managed to stay in great shape and still able to perform at the best to thousands of fans at the both sides of the ocean. «We’ve been working hard to get Aerosmith to Latvia — it took more than 7 years. But now I'm really excited about the fact the one of the world's greatest Live-band coming to Riga. I’m convinced this will be the biggest rock-event of the summer», - says Rebane.

Aerosmith tour fresh off the back of the release of «The Very Best Of…» album in late 2006. For the tour the band thrust themselves into the middle of the audience, turning the seats along the 70-foot-long ramp into one big front row experience that enabled fans to get up close and personal with rock’s quintessential live act. In Riga Aerosmith will perform all their famous tracks - «Dream On», «Sweet Emotion», «Walk This Way», «Love In An Elevator», «Livin’ On the Edge», «Cryin’» as well as world-wide number 1 hit «I Don't Want to Miss a Thing» from the soundtrack for blockbuster movie «Armageddon».

Tickets for Aerosmith show in Riga will be available for purchase at every Statoil service-station, at Biļešu serviss points and Internet www.bilesuserviss.lv starting Monday, March 12th at 10 am.