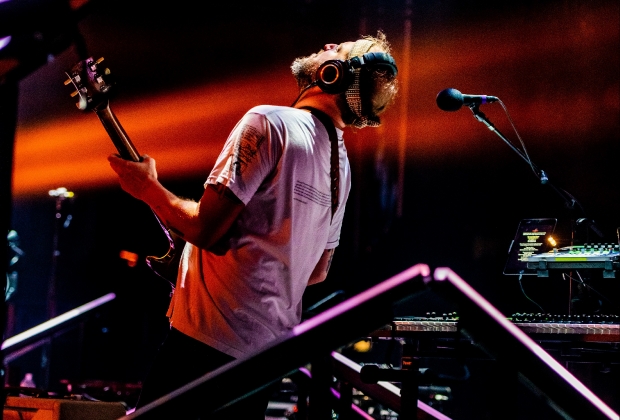 Musical genius, legend Justin Vernon and his solo project "Bon Iver" long awaited concert due to the circumstances caused by the Covid-19 pandemic and restrictions regarding organizing big events in these times will take place next summer on August 18th. Concert  will be held in a wonderful location - Mežaparks Green Theatre, where we will enjoy the musical performance of Bon Iver in an even more special atmosphere. All purchased tickets are valid for the new concert date. Tickets for the new concert date are available at bilesuserviss.lv.

There are very few acts who evoke as much emotion as Bon Iver does in a live setting. While over the years the music that Justin Vernon and his band produce has changed from the acoustic twangs of debut ‘For Emma, Forever Ago’ to the electronic whirs of ’22, A Million’, one thing that has remained is their absolute perfection of a live show (NME). Bon Iver’s live show has transformed gradually over the years, evolving into a genuinely unique experience and proves he is 'magnificent' at whatever he does (Stereogum). With the help of awesome lighting, stage effects and a versatile five-piece backing band, he crafted an eclectic and electric show (The Gazette).

In August 2019, Bon Iver released fourth studio album “i,i” garnering an ecstatic response. Singles from the album went straight onto global streaming and radio playlists. “i,i” finds Bon Iver's Justin Vernon in a calmed creative state that he channels into the heart of each of the album’s 13 songs and features almost 50 musicians. “i,i” completes a cycle: from the winter of “For Emma, Forever Ago” came the frenetic spring of “Bon Iver, Bon Iver” and the unhinged summer of “22, A Million”. The northern hemisphere’s autumn marked Bon Iver’s most expansive, joyful and generous album yet.

BON IVER CONCERT HAS BEEN CANCELLED