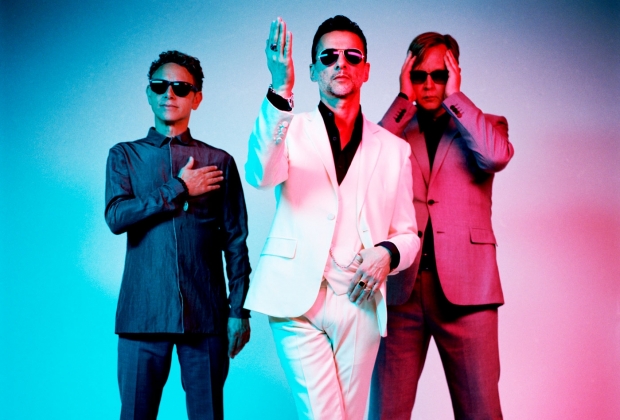 Depeche Mode, the band that redefined the sound of music, launch the start of their majestic, groundbreaking live tour across Europe next summer for what will undoubtedly be the musical highlight of 2013.

Dave Gahan, Martin Gore and Andy Fletcher will play 34 must-see shows in 25 European countries to an audience of more than 1.5 million fans, before taking the tour to North America. The tour will visit Vilnius with an open-air show in Vingis Park on Saturday July 27th.

These will be the band’s first live shows since their highly successful 2009/2010 Tour of the Universe during which they played 142 shows, smashing sales records with more than 2.5m tickets sold.

Celebrating over three decades at the top of the musical landscape, with over 100 million record sales, Depeche Mode have spent much of this year working on their hotly anticipated 13th studio album due for release next Spring, the follow-up to 2009’s hypnotic ‘Sounds Of The Universe’.

“I’m thrilled about the new album,” said Dave Gahan, “and I’m very excited to get back on tour.”