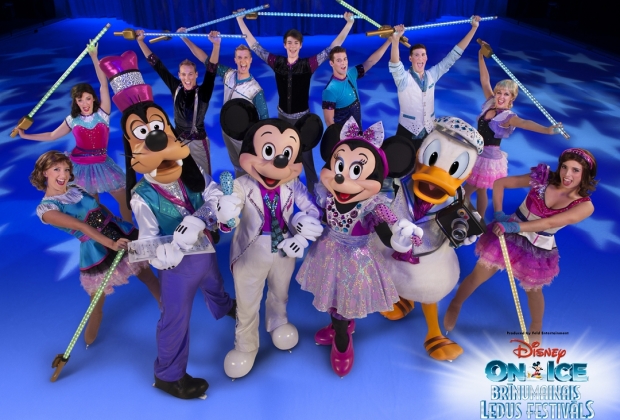 Tickets for Riga, Latvia on Sale May 18th

Riga, Latvia 8th, 9th, 10th January – Get ready to enter a world of enchantment as Mickey Mouse and Minnie Mouse bring the most magical moments from across the Disney kingdom to Riga in Disney On Ice presents Magical Ice Festival.

Tickets for the Disney On Ice Magical Ice Festival in Arena Riga will go on sale on Friday, May 18th at 10 am across all “Biļešu Serviss” networks. Members of FBI Concert Club and Positivus registered users will be able to purchase tickets during pre-sale, starting from Wednesday, May 16th at 10 am. Ticket price will start from 29 €, children ticket from 22 €. More ticket information info@bdg.lv.

In a new twist on fairytale fun, comical segments from everyone’s favorite Disney films set the scene for the show stopping on-ice stories of princesses Ariel, Rapunzel and Belle.

Plus, enjoy a special appearance by Anna and Elsa from the Academy Award® winning and number one animated feature film of all time, Disney’s Frozen! Audiences will journey up the North Mountains with the hilarious snowman Olaf, rugged mountain-man Kristoff and his loyal reindeer Sven as they help the sisters along the way in a story full of action, adventure, magic and unforgettable characters.

“In our more than 30 years of producing Disney On Ice shows, Feld Entertainment has been waiting for a film like Frozen,” says producer Nicole Feld. “The most exciting part of bringing characters like Anna and Elsa to the ice is knowing that they have a powerful and inspiring message the resonates with audiences as the sisters discover the true meaning of love.”

Produced by Feld Entertainment, Magical Ice Festival is an enchanting mix of royalty, highlighting the stories of Disney’s most beloved heroines with energetic choreography that will have audiences singing, dancing and cheering their favorite Disney characters as they each embark on their own epic journeys. Mickey Mouse and Minnie Mouse guide fans through a winsome wonderland where they encounter Sebastian and the Daughters of Triton from Disney’s The Little Mermaid, the rowdy pub thugs from Disney’s Tangled and the loyal enchanted servants from Disney’s Beauty and the Beast.

“By pulling together moments from classic Disney stories to the newest feature film sensation Frozen and combining them with elements of comedy and music, we developed a truly unique way to re-tell each fairytale,” says Producer Juliette Feld.

Tickets to Disney On Ice Magical Ice Festival in Arena Riga will be available in all Biļešu Serviss box offices and www.bilesuserviss.lv from May 18th for the initial price starting from 29 €, children ticket from 22 €. More ticket information info@bdg.lv 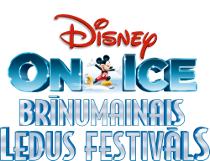