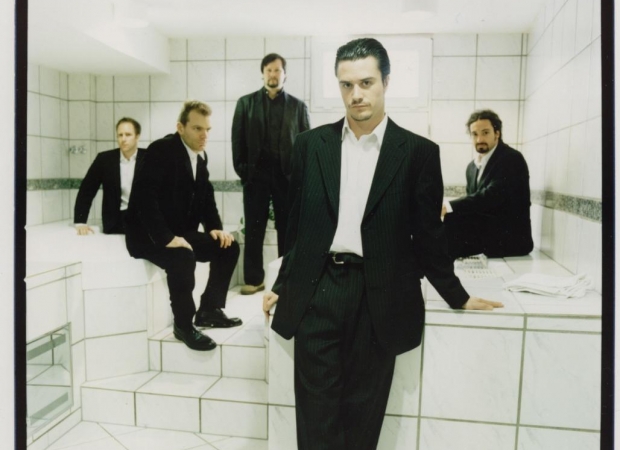 Concert agency "FBI" announces: the influential American alternative rock band, the festivals Roskilde and "Download" headliners "Faith No More" will present a concert on July 1, in "Sapņu fabrika". This one is going to be the only concert in the Baltic States.

Just a short time ago the band "Faith No More" announced their reunion. It has to be said that this long time (over 10 years) awaited fact evoked a huge response within the music world. As the major artists, the band will perform in Europe’s biggest festivals of this summer – "Download" in United Kingdom, "Greenfield" in Switzerland, "Hurricane" in Germany, "Roskilde" in Denmark, "Open’er" in Poland and "Pukkelpop" in Belgium. During the festivals the band will share the main stage with artists such as "Slipknot", "Coldplay", "Oasis" and "Kings of Leon".
Membership of the band is to remain the same as back in 1998 when they ceased their activity. The only member "Faith No More" will lack is the ex-guitarist Jim Martin, who had left the band in 1993.
There will be the ‘best of’ CD released on July, including hits such as "Midlife Crisis" and "Easy", taken from album "Angel Dust". The album "Angel Dust" took the second place in the UK album chart and is up until now the most successful album in the history of "Faith No More". The worldwide sales reached a number over 3 million copies.
The director of the concert agency "FBI" Inga Kadeka: "News about the reunion of "Faith No More" are picked up with rapture all over the world. A plain confirmation of this fact is 13 000 tickets sold for a concert in Helsinki in just one single day. The relatively small roominess of "Sapņu fabrika" allows us to anticipate some positive scenarios and to make a forecast, that tickets for the bands concert in Riga will be widely requested."
Tickets to "Faith No More" concert in Latvia will be available starting from Thursday, May 14, 10.00 AM. In order to purchase "Faith No More" concert tickets please visit "Biļešu serviss" pay offices across Latvia or log on to www.bilesuserviss.lv. Standing ticket price LVL 26. Seat tickets on a balcony will also be available. Ticket price LVL 36.