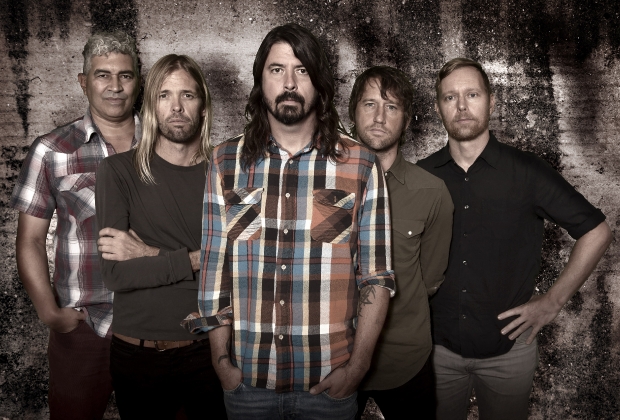 The last great American arena/stadium rock band will visit Latvia for the first time in its 21-year career: Foo Fighters have confirmed that they will headline Lucavsala Island in Riga at the bank of Daugava River on the 21th of June. Special guests on this historic day will be Scottish trio Biffy Clyro, British-American The Kills and Elephants From Neptune. Marking the bands first appearance in Baltics many visitors from neighboring Estonia and Lithuania are expected. The event's ticket sales start on Thursday 15 December at www.bilesuserviss.lv.

In the decades since the 1995 release of Foo Fighters' self-titled debut, Dave Grohl, Taylor Hawkins, Nate Mendel, Chris Shiflett and Pat Smear have grown into a dominant force on the global festival, stadium and arena circuit. The band's massive catalogue of gold and platinum albums has won 11 Grammys, four Brit Awards, sold 25+ million records, and is the backbone of marathon shows powered by singalong anthems "Everlong," "Monkey Wrench," "My Hero," "Learn To Fly," "All My Life," "Best Of You," "The Pretender," "Walk," "Something From Nothing" and more.

Biffy Clyro has become one of the world's most interesting bands in recent years and its popularity has reached massive amounts. The band's shows have sold out in many European cities for the past years and also the trio's previous show in Palladium Riga was sold out. Biffy Clyro's new album "Ellipsis" has been a massive success all over the world.

The Kills, founded in 2000, constitutes of US-based Alison Mosshart and British Jamie Hince. Having nearly ended their career a few years ago due to Hince's hand injury, the band has made an acclaimed return this year by releasing their fifth studio album "Ash & Ice". Last summer the band performed in Isle of Wight and Coachella festivals among others.

Elephants From Neptune is a heady and unique mix of grooved out, riff-rock and anti-ceremony tones that's been strongly supported by the people of their home nation. It blasts its way from the populist stance of something akin to Bad Company to the gruffer recesses of a Dave Grohl. Elephants From Neptune are the winners of Tallinn Music Week's 2013 "Go Change the World" award.