FOREIGNER WILL PERFORM AT ARĒNA RĪGA 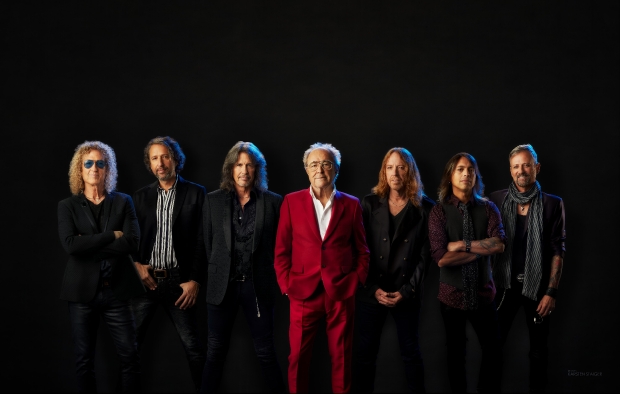 One of the best rock bands Foreigner with the most outstanding rock hits of all time - "Waiting For A Girl Like You", "I Want To Know What Love Is", "Juke Box Hero" and many others - will perform at Arena Riga on June 1st, 2022. Tickets are on sale in all www.bilesuserviss.lv box offices.

Foreigner is a British-American rock band, originally formed in New York City in 1976 by veteran British guitarist and songwriter Mick Jones and fellow Briton and ex-King Crimson member Ian McDonald, along with American vocalist Lou Gramm. Jones came up with the band's name as he, McDonald and Dennis Elliott were British, whereas Gramm, Al Greenwood and Ed Gagliardi were American.

With 10 multi-platinum albums and 16 Top 30 hits, Foreigner is universally hailed as one of the most popular rock acts in the world with a formidable musical arsenal that continues to propel sold-out tours and album sales, now exceeding 80 million. Responsible for some of rock and roll’s most enduring anthems including “Juke Box Hero,” “Cold As Ice,” “Hot Blooded,” “Waiting For A Girl Like You,” “Feels Like The First Time,” “Urgent,” “Head Games,” “Say You Will,” “Dirty White Boy,” “Long, Long Way From Home” and the worldwide #1 hit, “I Want To Know What Love Is,” FOREIGNER still rocks the charts more than 40 years into the game with massive airplay and continued Billboard Top 200 album success. Streams of FOREIGNER’s hits are over 10 million per week.

With more Top 10 songs than Journey and as many as Fleetwood Mac, Foreigner also features strongly in every category in Billboard’s “Greatest of All Time” listing. At times, the band’s weekly catalog sales have eclipsed those of Led Zeppelin, AC/DC, the Rolling Stones, the Who, Def Leppard, Van Halen, Aerosmith and most of their Classic Rock peers (Source: Nielsen SoundScan).

Foreigner is one of the most viewed YouTube Classic Rock artists with weekly viewings frequently hitting the million mark (Source: Next Big Sound).

The year 2017 marked the celebration of Foreigner‘s 40th anniversary. The Warner Music Group released a double CD set “40,” which includes 40 songs recorded between 1977 and 2017. The album spent several weeks on the Billboard Top 200 chart and it features two tracks recorded especially for this release, “Give My Life For Love” and a new version of “I Don’t Want To Live Without You.” The album spent nine weeks in the Billboard Top 200 chart.