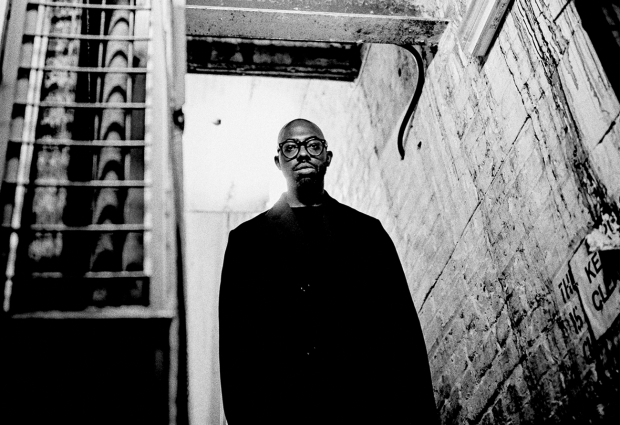 Expressive minimalism, electronic sophistication and songs with a light touch of melancholy - British musician Ghostpoet, or Obaro Ejimive in his real name, in his fourth album Dark Days & Canapes has stayed loyal to the Bristol sound of nineties, and music gurmans will have a chance to enjoy it in a particularly intimate concert at “Music House Daile” on February 16.  This will be Ghostpoet's return to Latvia – back in 2015 his performance at the Positivus Festival for many music critics was one of the biggest and most exciting festival surprises.

Music of Gohostpoet is characterised by alternative sound featuring hip hop, soul music and jazz elements, memories of the nineties, punkrock and triphop which create brave and experimental tension that has already brought Ghostpoet two nominations of the prestigious Mercury Award. Ghostpoet is not afraid to surprise and touch existential and topical subjects in his music; he doesn't  avoid topical social-political issues, including the tense crisis of emigration, overcoming burnout from overwork and human ability to find oneself in a daily routine. At times warning and even apocalyptic intonation can be found in his music and  British magazine The Guardian describes his latest album with words "It's a depressive time to live in."

However, even though Ghostpoet may sound slightly distant, even alienated and with a constant sense of urban melancholia, this sound changes during his performances with a band. It gains a completely new, compelling dimension that captivates and keeps one’s attention until the last note has ended. Ghostpoet's creative heartbeats are elements of electronic music, while nuanced and slightly psychedelic tunes provide its blood circulation. The vocal performance of Ghostpoet is something that shouldn't be left without mention too - not really singing, nor really rapping, it tightens nerves until they vibrate with music while the sound goes to the depths of your soul.

A musician in his essence, a poet by his calling, as well as one the most original composers of contemporary London with unusually sharp understanding of the order of things – Ghostpoet’ s music mercilessly sketches everyday and at the same time opens brand new dimensions of it. Not without a reason his debut album Peanut Butter Blues & Melancholy Jam was nominated for the Mercury Award, just like the third album Shedding Skin. His latest release came out just a month ago and despite the fact that the album doesn’t fit in any frames of music genres, it already has received positive reviews worldwide from music critics. As Rolling Stone wrote: "Ghostpoet manages to stay dual: inviting and confronting; thoughtful and unclear; brilliant and underrated ".

Tickets for the Ghostpoet concert on February 16 at “Music House Daile” are available from  October 4th, the first 100 tickets costs € 29, tickets are available at the “Biļešu Serviss” selling points and www.bilesusserviss.lv.

You can register FBI concert club membership on http://www.fbi.lv/lv/fbi-klubs