Gogol Bordello will perform in Palladium Riga on 27 May 2014 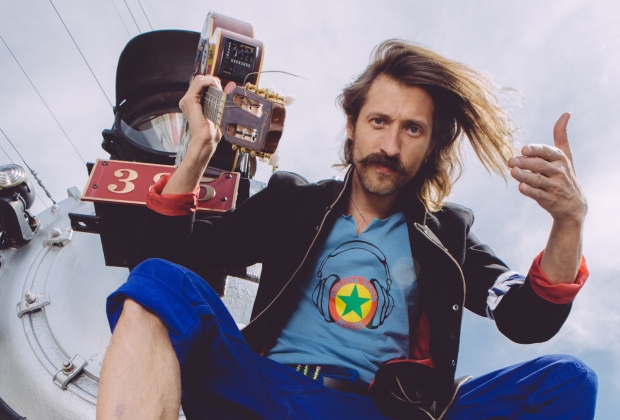 The album’s title is derived from a Spanish slang phrase for “pure life”, which is a theme that resonates throughout the new material. The disc’s opener, “We Rise Again”, introduces the album’s limitless, all-embracing themes instantly, centered on a chorus of “Borders are scars on face of the planet”. The new songs are infused with ideas rooted in Eastern philosophy but also search for a means of joining fragmented parts and persons, and of creating a worldwide consciousness.

Gogol Bordello has spent the last decade getting down with that energy through their meteoric live shows and has earned a solid reputation as “the hottest global touring act to come out of New York (Billboard)” and “the world's most riotous live band (Rolling Stone)”. Their wildly energetic live shows are celebrated by fans worldwide and have brought them to nearly every corner of the globe and to the main stage of festivals like Coachella, Lollapalooza, Roskilde, Rock am Ring, Reading and Leeds to name just a few.

Gogol Bordello will now perform in Palladium Riga on 27 May 2014. Book your tickets from www.ticketpro.lv and at “Ticketpro” box-offices. Ticket price: EUR 35.57.