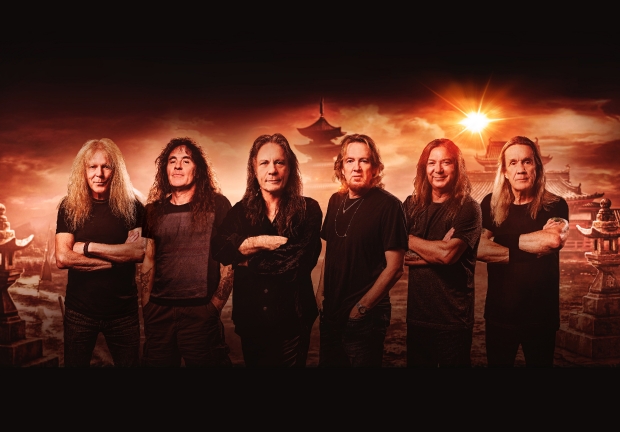 This summer, one of the strongest British heavy metal bands of all time, Iron Maiden, will visit Latvia for the first time, performing on June 2nd at the Arena Riga as part of the world concert tour "Legacy Of The Beast". The special guests of the concert are the German gothic metal band Lord of the Lost. Tickets are on sale from March 17th at 10.00 in the “Biļešu Serviss” network, while the members of the FBI and Positivus festival concert club will be able to buy them earlier, in advance, from March 16th at 10.00 using a code that will be sent to registered users.

As pioneers of the new wave of British heavy metal movement, Iron Maiden achieved initial success during the early 1980s. Over the course of 47 years, they have come to embody a spirit of fearless creative independence, ferocious dedication to their fans. With over 100 million record sales, more than 2000 live performances in 63 countries, tens of millions of fans, and 17 studio albums of unerring quality and power to their name, Iron Maiden have more than earned their proudly-held status as one of the most influential and revered rock bands of all time. Iron Maiden is showing no signs of slowing down any time just yet.

The band and its musicians have received multiple industry awards including the Grammy Awards and its equivalents in other countries. The other accolades of the band are the Brit Awards, Silver Clef Awards, Nordoff-Robbins Awards, Ivor Novello Awards, Juno Awards, Guinness Book of World Records, and many more.

Iron Maiden’s latest Legacy Of The Beast Tour, which started in 2018, is being hailed by fans and media alike as the most extravagant and visually stunningly live show of the band’s career to date. The multi-themed concert opens with a replica Spitfire flying above the stage and progresses through a two-hour theatrical journey of ever-evolving interlocking stage sets with multiple incarnations of Eddie, pyrotechnics, and special effects including muskets, claymores, and flame throwers. Legacy Of The Beast tour selling out headline stadium, arena, and festival shows across Europe and North, South, and Central America with the band playing to close to two million ecstatic fans and attracting unanimously positive reviews.

“A visually stunning show, refreshing setlist and an energy beyond this world” – Aftonbladet newspaper, Sweden

“Should an award be created for the best heavy metal concert for props, pyrotechnics, and pure pantomime musical theatre, then Iron Maiden’s current audio-visual show, that batters the senses into sweet submission would demolish all contenders and pretenders alike” – Daily Express newspaper, England