JACK WHITE WILL PERFORM IN RIGA 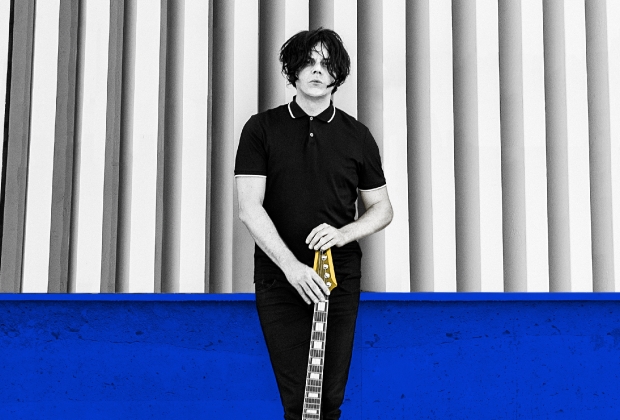 The twelve Grammy award winner and rock music superstar Jack White will be visiting Latvia for his first exclusive solo concert, performing at the Palladium music hall on October 3. The acclaimed musician is the ex-frontman of The White Stripes, The Raconteurs and The Dead Weather, the author of countless hits, including the Seven Nation Army as well as being one of the main promoters of vinyl records and the founder of the record company Third Man Records. There will be only 1600 tickets available for this concert.

PLEASE NOTE: this is a PHONE-FREE show. No photos, video or audio recording devices allowed.  We think you’ll enjoy looking up from your gadgets for a little while and experience music and our shared love of it IN PERSON.  Upon arrival at the venue, all phones and other photo or video-capturing gizmos will be secured in a Yondr pouch that will be unlocked at the end of the show.  You keep your pouch-secured phone on you during the show and, if needed, can unlock your phone at any time in a designated Yondr Phone Zone located in the lobby or concourse.  For those looking to do some social media postings, let us help you with that.  Our official tour photographer will be posting photos and videos after the show at jackwhiteiii.com and the new Jack White Live Instagram account @officialjackwhitelive.  Repost our photos & videos as much as you want and enjoy a phone-free, 100% human experience.

Jack White is one of the most important figures in modern rock music and one of the most popular and successful musicians within this genre dating back to the beginning of 21st century, when together with his ex-wife Meg White he performed in the duo The White Stripes. Already with the first album White Blood Cells (2001) the band earned recognition from both fans and music critics, but they became true superstars two years later with the album Elephant. This album is often still called one of the best records of the previous decade, while its most popular song Seven Nation Army with its iconic guitar riff has become an epochal anthem - it is hard to imagine any modern sports event happening without it being played.

White has always been a very active musician - already in 2005, aside from playing in The White Stripes, he founded the band The Raconteurs, that later become basis of the super band The Dead Weather. In 2011, when The White Stripes officially announced their break up, Jack White turned to his solo career. During this time he released three studio albums, all recorded using analogue technologies, regularly surpassing various vinyl sales records, including the one for the most records sold in a single week.

Jack White will visit Latvia as a part of his latest album’s Boarding House Reach worldwide tour. The album was released in March and instantly became the most sold album in the USA, reaching the first spot on Billboard Top 100. The album was also praised by music critics who saluted the musician's ambitions, artistic experiments and his daring to step aside from the safe formulas of his previous success, completing his typical blues-rock sound with countless influences, including from urban music.

It is important to note that for Jack White direct contact with his listeners is very important and for that reason the artist has requested that in his Riga concert, just like in all the other concerts of the Boarding House Reach tour, cell phones won't be allowed to make sure that it’s a unique concert experience for everyone. Tickets will be on sale at Bilesu Serviss selling points starting from Friday, May 25th 10:00 AM, but already starting from Thursday, May 24th 10:00 AM tickets pre-sale will be exclusively available to FBI and Positivus Club members. Ticket prices starting at 51 EUR.