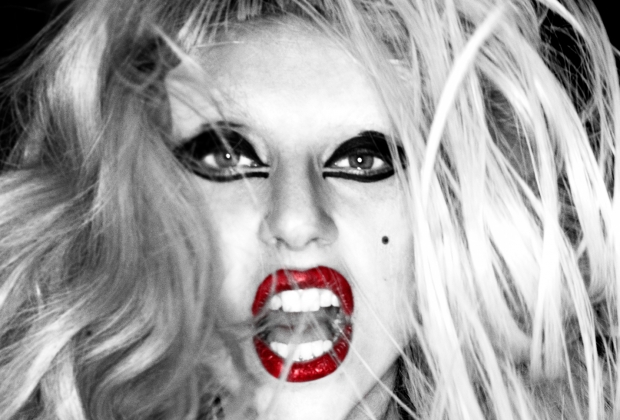 5-time Grammy Award winner LADY GAGA is set to make her triumphant return to the stage this Spring with The Born This Way Ball. In this brand new tour, Gaga will perform her latest album Born This Way as well as music from both The Fame and The Fame Monster. The Born This Way Ball, produced globally by Live Nation, will begin on April 27th, 2012 in Seoul, South Korea. Today, The Born This Way Ball announces performances in 21 European cities, following overwhelming ticket on-sales throughout Australia and Asia, including multiple sell outs in Melbourne, Auckland, Hong Kong, Singapore and more. The European leg of the tour begins August 14th in Sofia, Bulgaria. Performance in Riga on 23 August at Mezaparks Song Festival Grounds.

Supporting Lady Gaga for the European leg of The Born This Way Ball is the newly reformed British rock band THE DARKNESS, best known for their hit “I Believe In A Thing Called Love”. Famed German electronic dance music DJ and producer ZEDD will join the tour as Lady Gaga’s special guest for all concerts in Asia starting April 27th in Seoul and ending June 3rd in Jakarta, Indonesia. And Lady Gaga’s longtime performance partner and DJ, LADY STARLIGHT, has been confirmed as a special guest DJ for all concert dates in Australia, New Zealand, and Europe.

Lady Gaga’s last tour – The Monster Ball – captivated audiences around the globe, receiving rave reviews in every city. The Sun called it “the best live show you will see this year,” and the Pollstar Concert Industry Awards named it the Major Tour of the Year.

"The Haus of Gaga and I have worked for months conceiving a spectacular stage,” said Mother Monster. “THE BORN THIS WAY BALL is an Electro-Metal Pop-Opera; the tale of the Beginning, the genesis of the Kingdom of Fame. How we were birthed and how we will die celebrating.”

The Born This Way Ball will be Lady Gaga’s first tour since the release of her album Born This Way (Streamline/Konlive/Interscope), which has sold nearly 6 million copies worldwide since its release in May 2011. The album is the follow-up to back-to-back Grammy Award-winning albums 2009’s The Fame Monster, and 2008’s The Fame. Combined, The Fame and The Fame Monster have sold 15 million albums worldwide, while Lady Gaga’s hit singles have combined sales of over 65 million worldwide.

Gaga was named Forbes' Most Powerful Woman in the World 2011 and was included in Time's annual "The 2010 Time 100" list of the most influential people in the world. With over 2.2 billion combined views of all her videos online, Lady Gaga is one of the biggest living people on Facebook with over 49 million ‘likes’ and is #1 on Twitter with over 21 million followers. Lady Gaga is the only artist in the digital era to top the 5 million sales mark with her first two hits.

Hailing from Lowestoft, Suffolk, THE DARKNESS Justin Hawkins (vocals/guitars), Dan Hawkins (guitars/backing vocals), Frankie Poullain (bass), and Ed Graham (drums) are ready to launch a full-scale invasion with the release of their third studio album (their first in eight years). Due out late summer, the as-yet-untitled album marks the follow-up to the group’s multi-platinum debut Permission To Land which spawned fan favorites I Believe In A Thing Called Love and Get Your Hands Off My Woman as well as the revered One-Way Ticket To Hell And Back which featured One Way Ticket and Is It Just Me?. More album details will be announced soon.

Since reforming in summer 2012 its been a stellar year for THE DARKNESS, described by the LA Weekly as “…heroically reunited, with a returned sense of fun and still this millennium’s most multi-dimensionally entertaining live rock show.” They’ve left fans and critics alike stunned, played sold out shows across the UK and North America, debuted a free new song Nothin’s Gonna Stop Us (via www.theactualdarkness.com) and made a surprise Superbowl commercial appearance with their classic hit I Believe In A Thing Called Love. THE DARKNESS are poised to hit the stratosphere in 2012 and beyond.

Tickets for Lady Gaga show in Riga cost from 29 LVL and are available at www.ticketpro.lv.

Also, check out Latvian painter's Ritums Ivanovs portrait of Lady Gaga from the 20122 series AMY.KATE.GAGA, named "Lady with Veil" at http://ritumsivanovs.com/paintings/concepts/art-moscow-special
To add comments, you must first login with your Facebook or draugiem.lv profile: