Lou Reed to perform in Latvia his landmark album 'Berlin' 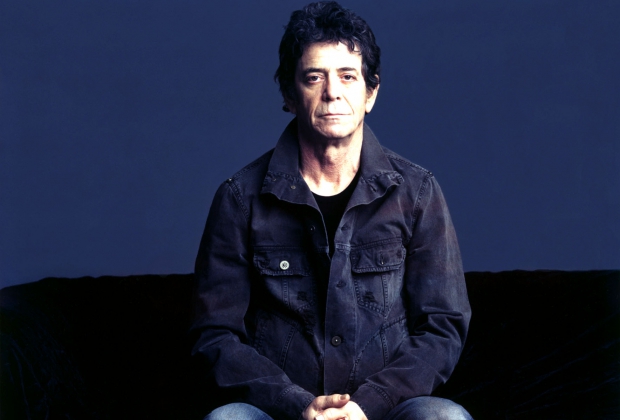 "Berlin is one of the most chilling but absorbing shows in rock history." - The Guardian

"Berlin is the wonder, a devastating reminder of what rock can be." - The Independent

Lou Reed returns to Europe this June to perform the entirety of his 1973 landmark album Berlin. The European dates will see Reed performing with a 30-piece ensemble including his band, a string and horn section, and a children's choir.

The Berlin tour is being hailed as a rare insight into one of music's greatest minds, a labour of love and an integral part of rock history.


The Financial Times' Ludovic Hunter-Tilney called the Berlin concert "A vindication on an epic scale… Berlin places Reed's natural austerity in a setting that blazes with musical excess and invention."

“Reed can’t hide the pride he feels that Berlin is finally being hailed as a long lost masterpiece, wrote Paul Morley of the Sunday Telegraph. “He strolls off stage looking as if he always knew that one day he would be feted a devastating master.”

When Lou Reed's album Berlin was originally released in 1973, it was a shock to critics and fans that had just seen Reed reaffirmed as a rock visionary with the runaway success of Transformer, which included the runaway Top 20 hit Walk on the Wild Side.

Instead of producing an album that enhanced his reputation as glam-rock innovator, Reed immersed himself in a highly ambitious, emotionally charged, psychologically exhausting, and utterly compelling work. Berlin was a dark concept album about drifting, tormented addicts in love, broken hearted and willfully disabled ex-pats, plotting their own downfalls in the barren outskirts of a divided city in turmoil.

The New York Times called the album "one of the strongest, most original rock records in years." Rolling Stone named it, "the Sgt. Pepper of the 70s."

The same magazine–among many others–attacked Reed for the work: "There are certain records that are so patently offensive that one wishes to take some kind of physical vengeance on the artists that perpetrate them. Reed's only excuse for this performance…can only be that this was his last shot at a once-promising career." Reed never performed Berlin live.

Thirty-three years after the release of the album, Reed launched the world premiere of an electrifying theatrical concert version of Berlin at St. Anne's Warehouse, New York City (December 14-17, 2006), followed by three performances at Australia's Sydney Festival (January 18-20, 2006). The Berlin song cycle was performed live in its entirety. Reed and his band were accompanied by a string and horn section and a children's choir, amounting to a 35-piece ensemble.

As in the making of the original album, the forthcoming 2008 European tour will see Reed l collaborating with an all-star creative team including musical direction by the original producer, Bob Ezrin–who produced the Berlin album, and record producer Hal Willner, whose most recent works include the Leonard Cohen tribute concert I'm Your Man (now a theatrically released documentary film and an album on Verve Forecast) and Lucinda Williams.

Similarly to last year's 'Berlin' European tour, and before that, the New York and Sydney concerts, the forthcoming 2008 Berlin European concerts will be directed and set designed by Reed's friend, the renowned painter and film director Julian Schnabel (recently Academy Award nominated Best Director for The Diving Bell and the Butterfly).

It is fully seated show. Prices - 30, 35, 40, 50, and 70 Ls (depending on the distance from the stage). Tickets are available from «Biļešu serviss» pay-offices and on internet from www.ticketservice.lv.

Composer, Lyricist, Lead Vocals, Guitar:
Lou Reed was inducted in 1996 into the Rock and Roll Hall of Fame as a founding member of The Velvet Underground and received the Heroes award from the New York Chapter of NARAS in 1997. The same year the French government awarded Reed with the Chevalier Commander of Arts and Letters. Reed has acted in and composed music for a number of films. He was designated an ‘American Master’ in 1998 by the award-winning PBS documentary series and that same year, Lou Reed: Rock and Roll Heart won the Grammy for Best Long Form Music Video. Pass Thru Fire, a collection of his lyrics, was published in 1999 by Hyperion and in 2008 by Da Capo Press. His reworking of Poe’s THE RAVEN was published by Grove Press and staged by Robert Wilson at the Thalia Theater and BAM.

In recent years, Lou Reed has established himself as a world class photographer; his first photography edition Emotion In Action, a double book edition of Reed’s photographs was published in October 2003 by 7L and Gerhard Steidl.

In January of 2006, Reed followed up the success of Emotion in Action with a second photography book, published by Steidl and 7L, titled Lou Reed’s New York. Photographs from this collection have been exhibited worldwide. In December of 2006 Lou Reed premiered the live staging of his masterwork Berlin at St. Ann’s Warehouse in New York. It was filmed by Julian Schnabel and will be released to cinemas in Spring 2008.