MAC DEMARCO WILL PERFORM IN RIGA 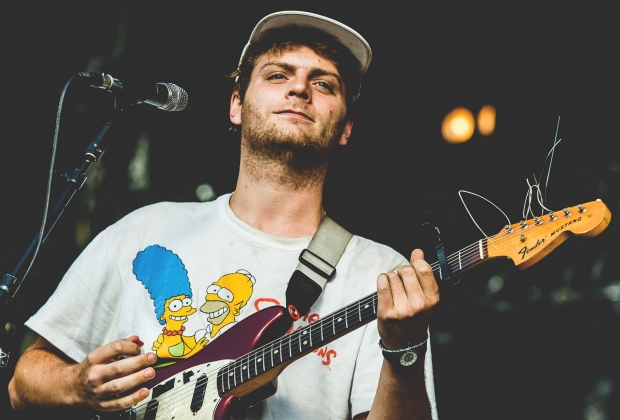 Endless energy on stage, excellent sense of humor and an honest ability to be himself are characteristics that are most often used to described the unique Canadian songwriter and multi-instrumentalist Mac Demarco. Mac Demarco is continuing the tour of his award winning last year's studio album This Old Dog and on October 17 will be visiting Riga for the very first time to perform at the Palladium Riga Concert Hall.  Tickets will be on sale at Bilesu Serviss selling points on May 29th at 11 AM, but already starting from May 28th 10 AM pre-sale tickets will be exclusively available to FBI and Positivus Club members. Ticket prices starting at 30 EUR.

Mac DeMarco has partnered with PLUS1 so that 1 € from every ticket will go to organizations bringing equity, dignity, and access to communities who need it.

Marc Demarco has often been called one of the most interesting and unique personalities in today's music world, someone who doesn't conform to the boundaries set by the music industry, but instead does whatever he feels like. Whether it is walking on hands on stage in the middle of a song or an extraordinary media announcement during an interview, the musician has always stayed true to himself and his listeners thus having a big crowd of fans.

Marc Demarco will attend Riga as part of his latest studio album's This Old Dog world tour. Last year this record was mentioned in the prestigious Rough Trade and Noisey lists of the best albums of 2017, while the prominent music media Pitchfork acknowledged that this album is the best proof of the musician's natural talent as he is able to maintain full control over even the tinniest of detail, while creating a sound that is incredibly light and seems to flow free.

Tickets for Mac Demarco's concert at Palladium Riga on October 17 will be on sale on May 29th at 11 AM. The tickets will be available at “Biļešu Serviss” box offices and on www.bilesuserviss.lv.  Ticket prices starting at 30 EUR.