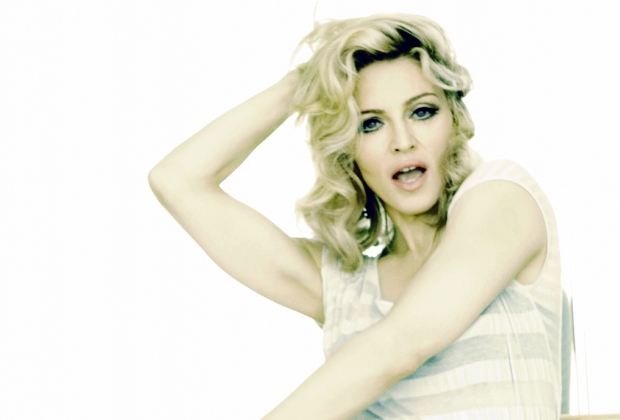 MADONNA'S 'STICKY & SWEET TOUR' GOES BACK ON THE ROAD SUMMER 2009. MOST SUCCESSFUL CONCERT TOUR OF 2008 VISITS 22 MARKETS INCLUDING TALLINN ON AUGUST 4.

Madonna's phenomenally successful 'Sticky & Sweet Tour', already the #1 Biggest Grossing Tour in history for a solo artist, will embark on another series of shows beginning July 4th in London. Stops will include appearances in never before played markets such as Werchter Belgium, Marseille France, Hamburg Germany, Oslo Norway, Helsinki Finland, Tallinn Estonia, Ljubljana Slovenia as well as stops in Romania, Hungary, Serbia and Bulgaria it was confirmed today by Live Nation. Additional appearances by Madonna will include return visits after more than 15 years to Madrid, Gothenburg and Munich.

"This is a first for me.  I've never extended a tour before. I'm excited to be going back on the road, visiting places I've never been and returning to places I love" commented Madonna about the new run of dates.

Raves around the globe for the tour include the London Times which remarked, "In the premiere league of song-and-dance spectaculars, the queen of pop remains unrivaled and undefeated."  "The choreography, visuals and live talent were world class and mind-blowingly well executed, intelligent and witty," glowed The Independent (UK).

In 2008, the 'Sticky & Sweet Tour was seen by 2,350,285 fans in 58 cities. With record breaking ticket sales everywhere, including 650,000 tickets sold in her series of South American dates, 72,000 tickets at Zurich's Dübendorf Airfield - the largest audience ever assembled for a show in Switzerland, 75,000 tickets in London and four sell outs in New York's Madison Square Garden (60,364 tickets).

"This new run of dates will further solidify Madonna's position as one of the top selling touring artists of all time," said Arthur Fogel, Live Nation's Chairman of Global Music and CEO of Global Touring/Artist Nation.

Special Guest for Sticky & Sweet 2009, Paul Oakenfold has long been one of the most important--if not the most important--name in modern club culture. He has remixed The Rolling Stones U2, Madonna, Justin Timberlake, Snoop Dog, Muse New Order, The Cure, Massive Attack and even Elvis Presley and produced The Happy Mondays. The two time Grammy nominee is in the Guinness Book of World Records for being the biggest DJ in the world. His new artist album, 'Pop Killer' is due out later this year.

Madonna's multi-Grammy-nominated CD 'Hard Candy' debuted at Number One in over 37 countries.

For further Madonna news, visit our home page and www.madonna.com