MARILYN MANSON WITH A MAGNIFICENT SHOW IN LATVIA 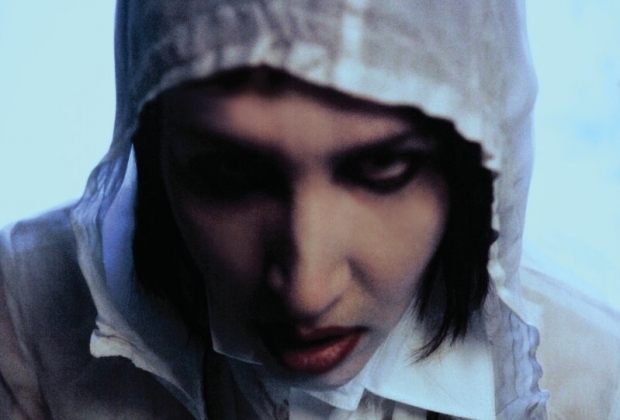 Concert agency "FBI" announces: the scandalous rock musician Marilyn Manson will give a concert on November 15, at "Arena Riga". By giving a magnificent as well as provocative show, this will be the fist time for the American cultic musician to appear on stage in Latvia.

Marilyn Manson and his band are going to visit Latvia within the framework of the world tour, thus popularizing his newest album called "The High End Of Low". This one is going to be the only show in the Baltic states within the tour.
Marilyn Manson performed in Tallinn two years ago. There was a huge public interest for this event, so the concert was attended by many people from Latvia as well. The musician’s concert in Vilnius at "Žalgiris" football stadium was also greatly attended.
The songs of Marilyn Manson are as shocking as his personage. Those songs have left a lasting stamp in rock music history. Some of the greatest Marilyn Manson’s hits are: "Sweet Dreams (Are Made of This)", "The Beautiful People", "The Dope Show", "Rock Is Dead", "Disposable Teens", "The Fight Song", "Tainted Love", "Personal Jesus", "Heart-Shaped Glasses (When the Heart Guides the Hand)".
Marilyn Manson founded his band in 1989. The band was nominated twice for the prestigious "Grammy" award and has won awards from many respectable publishers such as "Billboard" and "NME" as well as the awards from the music channel "MTV".
The shocking musician has sold during his career over 44 million album copies around the world. Recordings made in U.S., Australia and Canada gained platinum status.
This year the musician has published his seventh studio album called "The High End Of Low". The CD had its debut in the "Billboard" album chart at No4. The album’s first single called "Arma-Goddamn-Motherfuckin-Geddon" doesn’t run behind the previous recordings made by the musician in terms of provocation.
Marilyn Manson has his say about the first single: "After I recorded this song, I was almost 100% sure the record company won’t publish it. This kind of words connection – Arma-Goddamn-Motherfuckin-Geddon – isn’t anything extraordinary when it comes from my mouth. Still some people think that I’m using these expressions because I have some brain damage or stuff like that. However I would just call it my special "attribute"."
Marilyn Manson concert tickets will be available in Latvia starting from Monday, September 21, at 10.00. The tickets will be available for purchase on the internet www.ticketpro.lv as well as at "Biļešu serviss" pay-offices.
The advance sale will be launched yet on Thursday, September 17, at 10.00 for the members of "FBI Concert Club".
The campaign price for the first 1 000 standing tickets will be 15 Ls. Standing ticket price will be 20 Ls. Fan zone ticket (in front of stage area) price will be 30 Ls. Sitting tickets – from 20 Ls to 35 Ls, depending on distance to stage.
The show in Latvia is organized by the concert agency "FBI" in cooperation with the influential world wide known concert organizer "Live Nation".