Tickets for the only METALLICA concert in the Baltic States will go on sale on March 17! 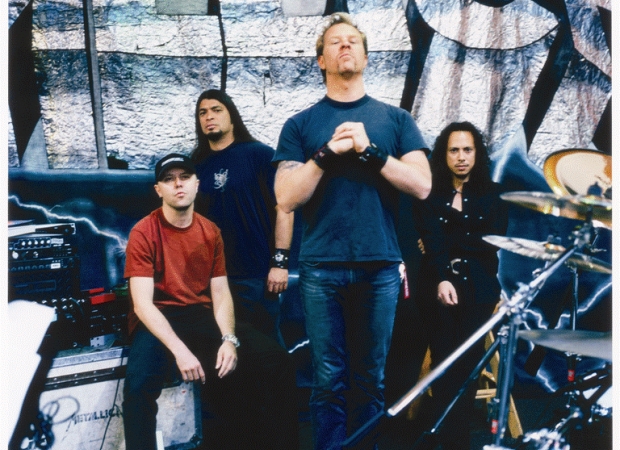 Concert agency “FBI” informs: tickets to this year’s biggest rock music event in Latvia - METALLICA concert - will be on sale from March 17. Only 29,000 tickets will be available to the METALLICA grandiose show in “Skonto” football stadium on July 20.

In total, METALLICA has sold more than a 100 million copies of albums, 57,000 of which were sold in the USA. The album they released in 1991 (“The Black Album”) was sold in 15 million copies and was Top 1 worldwide. The records of the group have golden and/or platinum disk status in more than 40 countries.

Critics emphasize that the album “Master of Puppets” is one of the most influential records in the history of heavy metal. However, METALLICA gained most of their fans with the release of “The Black Album”, which made its debut on the Billboard 200 albums chart at No.1. The musical material of their next album “Load” was different from that in the earlier ones, although it hadn’t lost METALLICA’s specific style. The album “St.Anger” was described as the embodiment of fury, force, and anger by the members of the group. This was the most sold record in thirty countries, and the process of the recording was captured in the movie "Some Kind of Monster”, which was listed No.5 in the “Rolling Stone” magazine’s Top 25 Music DVDs of All Time, celebrating rock’n’roll as a lifestyle. Sold out tours is the best proof of it. Besides, tickets for the concerts are usually sold in a record time. Two last concerts in our region were exactly like that- the concert in the Tallinn Song Festival Grounds in 2006 was attended by 78,000 people and sold in three day’s time, while the concert in Helsinki Olympic Stadium in 2007 was sold in 40 minutes and attended by 55,000 people.

Tickets for the concert of METALLICA in Latvia will be on sale from 10:00 a.m. March 17, at all “Biļešu serviss” pay-offices and on the Internet www.ticketservice.lv.

Starting from Wednesday, March 12, a pre-sale of the concert tickets will be commenced for the clients of “Latvijas Mobilais Telefons” (more information at www.lmt.lv) and the members of “FBI Concert Club”. Tickets will be available from all “Biļešu seeviss” pay-offices and Internet. In order to buy a ticket, the received e-mail must be printed out and it must be presented at any “Biļešu serviss” pay-office before paying. The offer is applicable to all who are interested and have not been registered up to now. You can register on “FBI” home page. The price of the first 1,000 standing tickets will be LVL 25.