MICHAEL BUBLÉ IS COMING TO ESTONIA 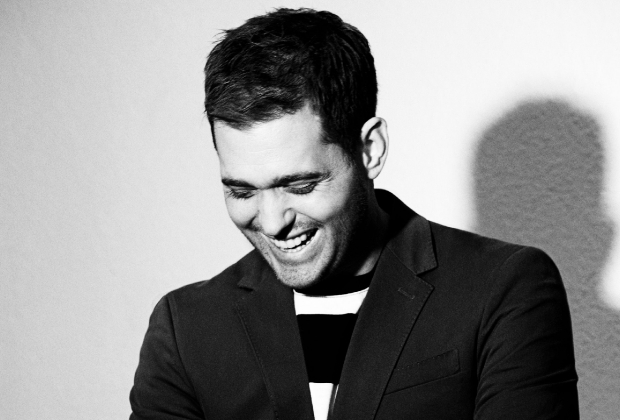 Touring in support of his #1 selling release, “Crazy Love,” Michael Buble has been called “one of the most likeable performers on Earth”. Michael Bublé will perform in Tallinn, Estonia at Saku Arena on 21 April, 2012. Tickets on sale from 1 December 10am at www.ticketservice.lv and “Biļešu serviss” box-offices across Latvia!

The “Crazy Love Tour” is Michael’s biggest and most exciting tour to date. His stage show is propelled by a string of smash hits including “Home”, “Everything” and his most recent hit single “Haven’t Met You Yet”, along with Michael’s distinctive interpretations of classics like “Cry Me a River”, “Stardust” and “You’re Nobody ‘til Somebody Loves You”.

The “Crazy Love” Tour has received the best reviews of Buble’s career. “You’re witnessing one of the greats… a performer in peak form. Such superstars are rare indeed.”

Michael Bublé has won several awards, including three Grammy Awards and multiple Juno Awards.  His first album reached the top ten in Canada and the UK. He found worldwide commercial success with his 2005 album It's Time, and his 2007 album Call Me Irresponsible was an even bigger success, reaching number one on the Canadian Albums Chart, the U.S. Billboard 200 chart, the Australian ARIA Albums Chart and the European charts. Bublé has sold more than 35 million albums worldwide. Bublé has been described as having a vocal style similar to that of Frank Sinatra, even as being “an heir to Sinatra”.

Wanting to move away from the typical Vegas cabaret setting, the stage was designed by Mark Fisher, known for his work with Tina Turner, Pink Floyd and U2.  Bublé stated, “The show will be bombastic, cinematic and at the same time a very intimate experience. I can't wait to get back out on the road and of course - to see my fans. I've missed them.” Michael Bublé wanted to create an intimate theater-styled show in the arena setting - making the show warm and inviting. “Expect to come and be taken away for a couple hours. I really, sincerely love what I do for a living. The fact that I get to do this and do what I love with these people. They're gonna see that right away. The production is going to be extravagant in some places, but very intimate in others. I think you'll get a great beginning, middle and end. There will be parts that are bombastic. It's now, obviously, an arena show. It's a rock show. There will be parts that should be quiet and intimate and small. I'm hoping that people enjoy the trip. I know I'm going to enjoy taking them on it.”