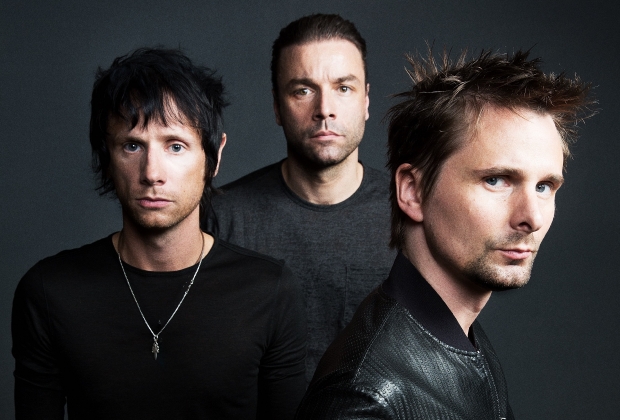 Today Muse announced that they will perform in Riga as part of Drones World Tour in support of their hugely acclaimed global No 1 album Drones.

‘The Drones World Tour’ will see the band perform for the first time “in the round” from the middle of the arena. The band are renowned for pushing boundaries in terms of their stage production and the Drones World Tour will be no exception. This stage design and configuration will give fans a true 360 degree audio/visual sensory experience. Muse’s tours have been described by the international press as “epic”, “amazing” “ambitious” and this show will be no exception.

Tickets for show in Arena Riga will go on sale at 10am on Monday 22 February from www.bilesuserviss.lv and local “Biļešu serviss” box-offices.

What the Press Say about Muse Live:

“Thunderous and visually dazzling” – The Guardian , 4*

“An endless buildup, heading for one peak after another – is what a Muse concert sets out to deliver by every means available, musical and visual.” –  NEW YORK TIMES

Since their debut in 1994, Muse have released seven studio albums, selling upwards of 17 million albums worldwide. Drones, the group’s seventh album, topped the UK charts for two weeks in June 2015, whilst simultaneously topping the charts in the USA, a first for the band. In total the album reached No 1 in a staggering 23 countries including France, Japan, Australia, Netherlands and Switzerland.