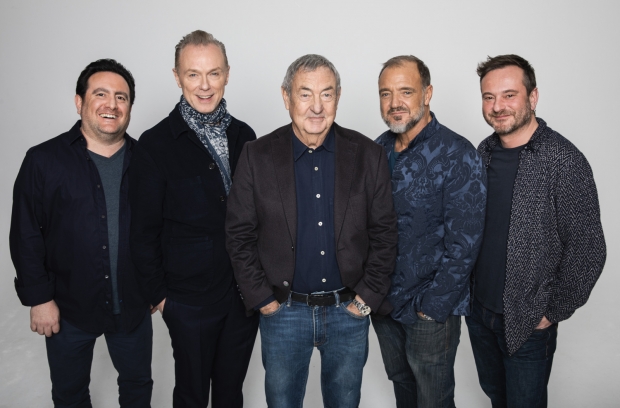 Nick Mason the drummer of the legendary British rock band Pink Floyd, will visit Latvia for the first time at the Palladium Riga concert hall on May 24th with Nick Mason's Saucerful Of Secrets. Tickets are available at www.bilesuserviss.lv network.

Nick Mason is one of the founders of Pink Floyd, the most commercially successful and influential rock band of all time. The band's story begins with a friendship between Nick Mason and Roger Waters, where the musicians met in 1963 when they both studied at the London University. Nick Mason was the longest-running Pink Floyd member and drummer, and co-author of many of the band's legendary songs “Time”, “One Of These Days”, “Careful With That Axe”, “Eugene” and “Echoes”.

In 2018, Nick Mason formed the band Nick Mason's Saucerful Of Secrets with guitarist Lee Harris. Soon joined by guitarist and singer Gary Kemp, bassist Guy Pratt, keyboardist, and composer Dom Beken. According to the artist himself, they did not initially try to form a Pink Floyd dedicated group. The goal was to give fans an authentic Pink Floyd experience by playing early music material from the years 1965 to 1972.

As a journey through time that will take you to the beginnings of the group Pink Floyd. The concert will feature Pink Floyd songs such as "Astronomy Domine", "Atom Heart Mother", "Fearless", "Green Is The Color", "Set The Controls For The Heart Of The Sun", "Obscured By Clouds", "A Saucerful Of Secrets ”, “One Of This Days” and many more.

“This was the most extraordinary and joyous show, a reminder of what a peculiar and brilliant band Pink Floyd was.” Michael Hann, Financial Times

“The sound was immense, electrifying, galvanizing, mesmerizing, and still deeply strange, bending the formats of primal rock into all kinds of weird and wonderful shapes. From the warped garage rock opening of Interstellar Overdrive, Astronomy Domine and Lucifer Sam to the closing proto-shoegaze blitz of One of These Days and bent musical hall wackiness of Point Me at the Sky, it was a set of such startling intensity it seemed to mock the very notion of nostalgia.” Neil McCormick, The Daily Telegraph.