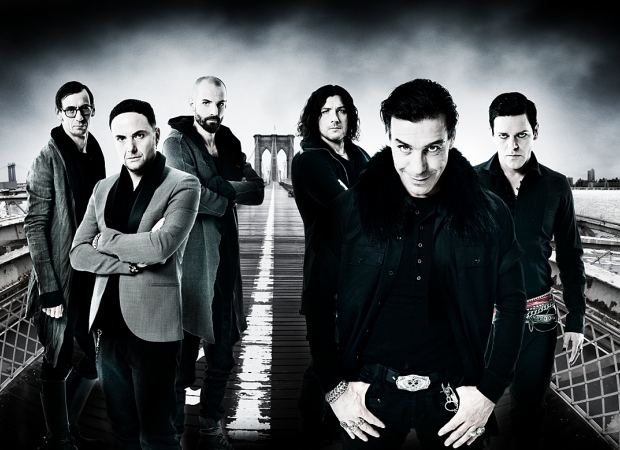 After highly acclaimed appearances in Australia and South Africa, and following an extended tour of North America and Mexico, for which they were awarded Best Live Band at the REVOLVER GOLDEN GODS AWARDS, it would seem as though they had finally deserved to take a breather.

RAMMSTEIN are not resting but have assembled a retrospective of their greatest successes: “Made In Germany 1995 - 2011”!
The machinery of RAMMSTEIN Live is hauling across the whole of Europe and bringing the essence of 16 years to the stage. With a completely new show, and with RAMMSTEIN’s Greatest Hits band will perform “Arena Riga” on 7th Februay 2012. Observers know this: The new RAMMSTEIN spectacle will be a rebirth in thunder!
Parallel to the tour, the band is releasing its personal look back at 20 RAMMSTEIN original bests, including an unreleased track, as well as the entire video catalog. The work’s title, “Made In Germany 1995 – 2011”, attests likewise that a fair number of the achievements highlighted may well be definitive ones.
Ticket pre-sale for Riga concert begins on 8 July 2011 via www.ticketservice.lv and from “Biļešu serviss” box-offices. Tickets cost from 25 LVL to 35 LVL.