ROBBIE WILLIAMS WILL PERFORM IN RIGA WITH HIS ANNIVERSARY TOUR 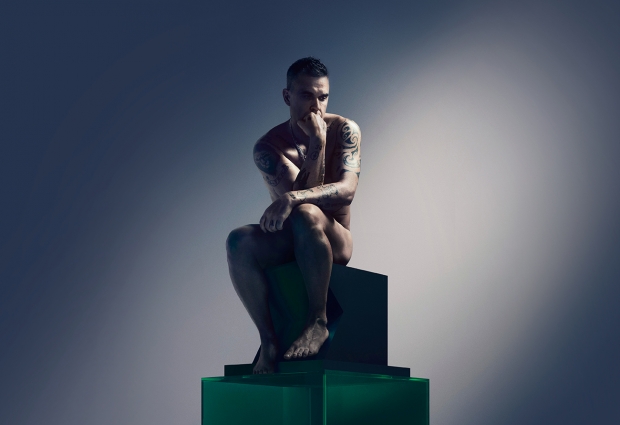 Robbie Williams returns to the stage with his greatest hits. Next year Robbie Williams will celebrate the 25th anniversary of his award-winning solo career and will perform in Arena Riga on March 9th. Tickets on sale from September 30th 11 am on the "Bilešu Serviss" network. FBI and Positivus festival concert club members will be able to buy tickets earlier in pre-sale from September 29th 11 am using a code that will be sent to registered users.

Robbie Williams is a multi-award winning, record-breaking English singer-songwriter and entertainer. As part of the new concert tour "XXV", we will hear the best hits of 25 years in a new sound, recorded together with the Metropole Orkest, from the audience favorite songs "Angels", "Let Me Entertain You" to "She's the One" and many others. Latest album “XXV” has officially broken all records on the “Official Chart” and is currently at No. 1, his 14th No. 1 solo album, making him the artist with the most No. 1 releases. 1 albums in the UK passing the record of the legendary Elvis Presley. Robbie Williams is one of the most commercially successful solo artists in British history.

The September 2022 release of the album “XXV” marks the fact – remarkable, improbable, indisputable – that it is now over twenty-five years since Robbie Williams tumbled out of the boy band Take That into a solo career that no one, not even him, could yet quite imagine. What has happened since then…well, part of the story can be told through the swagger of sales and statistics: over 85 million albums sold around the world, forteen UK number one albums; forteen number one singles; the most concert tickets sold in a day (1.6 million on November 19, 2005), the record-breaking three nights at Knebworth to 375,000 people in 2003, the parallel grand successes of his swing albums and of a reconvened Take That, an unprecedented and unmatched 18 Brit awards, the Christmas album, the X-Factor judging, the “Royal Shakespeare Company” musical “The Boy In The Dress”, numerous collaborations in music, art, radio, books, fashion, TV and film, and on and on and on.

After the triumphant Homecoming show in Stoke in June 2022, he has a bundle of pent-up energy brimming over, ready to play all the shows un-played and sing all the songs un-sung in the pandemic years, beginning with the “XXV” tour in what starts this year in October. “This is my lot for life,” he says, “and I've got no plans to stop it anytime soon. I love my job, what I've been given and the opportunities that I have to create. And I’m still very ambitious”.