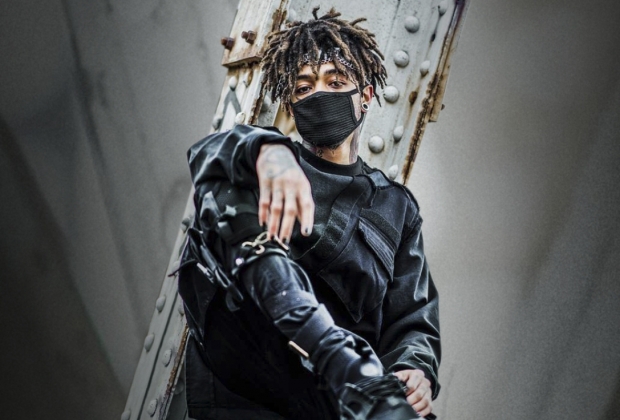 SCARLXRD is the moniker of British rapper, YouTuber and musician Marius Listhrop (or Maz), widely known for his smash hit “Heart Attack”. Having released prolifically since starting the project, the 23 year old SCARLXRD (pronounced as scarlord) has already recorded and released over 5 albums. With 104 thousand followers and more than a million listens on SoundCloud, as well as 800 thousand followers and several million music video views on YouTube, his creativity just keeps flowing and so do his fans. The energetic rapper will delight Baltic audiences with a raw and untamed show in Riga on June 4, at “Music House Daile” concert hall. Tickets are available in all “Biļešu Serviss” box offices starting today. First ticket price - starting from € 29.

“Explosive, powerful and exciting” are only few of the adjectives rap critics use to describe SCARLXRD’s performances, highlighting his unique hip-hip sound and obvious metal influences, which come from touring extensively with his previous band Myth City, selling out shows in London and elsewhere. For his current project, Listhrop mixes hip-hop samples with bass and solo-guitar riffs, adding song lyrics in both English and Japanese. His visual aesthetic is shrouded in mystery; the rapper hides his face behind a dark mask in all his videos, photoshoots and stage performances. An audio chameleon, SCARLXRD constantly switches his vocals to alternately deliver rap, trap, hip-hop beats or scream. Fans will also recognise him by his second moniker - Yung Scar.

With a creative portfolio of eight mix-tapes - Savixur, Annx Dxmini, LXRD, Rxse, Chaxsthexry, Cabin Fever, and his newest - DXXM released in March, SCARLXRD shows no signs of slowing down. His summer tour will feature performances at some of Europe’s biggest music festivals, such as Hungary’s Sziget, France’s Lollapalooza, Rock im Park and Rock am Ring festivals in Germany as well as Reading and Leeds Festivals in England.

Tickets to SCARLXRD are on sale and available in all “Biļešu Serviss” box offices, as well as online at www.bilesuserviss.lv. First ticket price - starting from € 29.