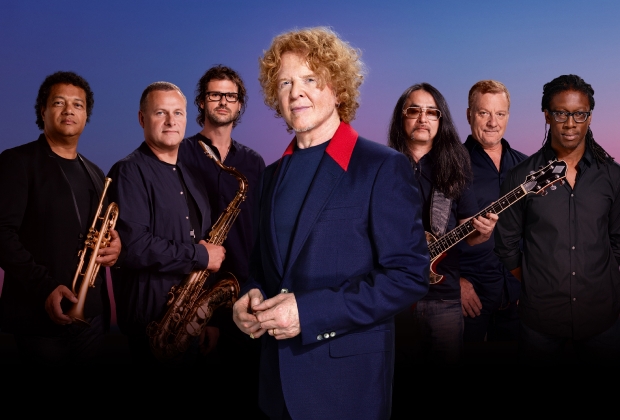 Back together again; Simply Red mark their 30th anniversary with a world tour including a date at the Arena Riga on 23 October 2015.

Since they burst onto the scene in 1985 with their seminal cover of ‘Money’s To Tight To Mention’, Simply Red have made a string of classic, landmark albums that defined British R&B throughout the 1980s and 1990s, introducing a generation to the joys of soul music and Mick Hucknall’s iconic voice.

Now back in vogue with countless young artists name checking their influence, Simply Red are going through something of a renaissance being re-appraised as one of the great British bands.

The band finished its initial, unbroken 25 year run with a concert at London’s O2 Arena in 2010, and now the time has come to get back on stage together. ‘I like an anniversary, and this is a big one’, Mick Hucknall says, ‘It feels like the right time’.

Tickets to the show in Latvia are priced from EUR 39 and can be bought from www.ticketservice.lv.

Having sold 60 million albums worldwide Simply Red have a timeless back catalogue that includes the hits ‘Holding Back The Years’, ‘If You Don’t Know Me By Now’, ‘Something Got Me Started’, ‘The Right Thing’, ‘Stars’, ‘Fairground’, ‘The Air That I Breathe’ and ‘Sunrise’.