STING WILL PERFORME IN ARENA RIGA ON JUNE 10TH 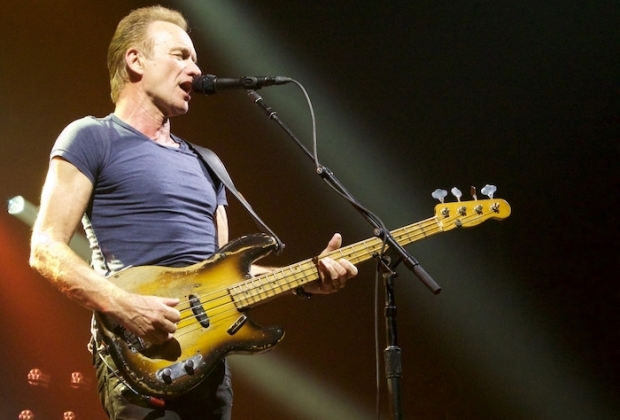 "Sting: My Songs" will tour Europe next summer with very special concert appearances scheduled including a return appearance in Arēna Rīga on June 10th.

Sting: My Songs will be a rollicking, dynamic show focusing on the most beloved songs written by Sting and spanning the 16-time Grammy Award winner’s prolific career with The Police and as a solo artist. Fans can expect to hear “Englishman In New York,” “Fields Of Gold,” “Shape Of My Heart,” “Every Breath You Take,” “Roxanne,” “Message In A Bottle” and many more, with Sting accompanied by an electric, rock ensemble.

Composer, singer-songwriter, actor, author, and activist Sting was born in Newcastle, England before moving to London in 1977 to form The Police with Stewart Copeland and Andy Summers. The band released five studio albums, earned six Grammy Awards and two Brits, and was inducted into The Rock and Roll Hall of Fame in 2003.

As one of the world’s most distinctive solo artists, Sting has received an additional 10 Grammy Awards, two Brits, a Golden Globe, an Emmy, four Oscar nominations (including 2017’s nomination for “The Empty Chair” from JIM: THE JAMES FOLEY STORY), a TONY nomination, Billboard Magazine’s Century Award, and MusiCares 2004 Person of the Year.  Also a member of the Songwriters Hall of Fame, he has received the Kennedy Center Honors, The American Music Award of Merit and The Polar Music Prize. Sting has been awarded Honorary Doctorates of Music by the University of Northumbria (1992), Berklee College of Music (1994), University of Newcastle upon Tyne (2006) and Brown University at its 250th Commencement ceremony (2018).

Sting: My Songs will perform in Arēna Rīga on June 10th with tickets going on sale starting December 17th at bilesuserviss.lv.