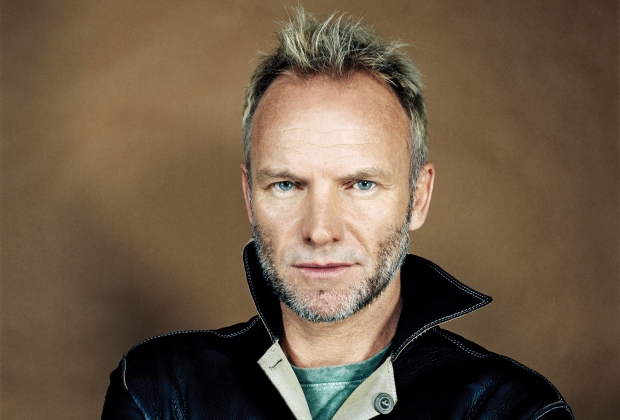 This summer, Sting will perform many of his most celebrated hits at the Arena Riga on 29-July with a 5-piece band including his longtime guitarist, Dominic Miller, Vinnie Colauita (drums), David Sancious (keyboards), Peter Tickell (electric fiddle) and Jo Lawry (vocals).

Composer, singer, author, actor, activist - Sting was born in Newcastle, England before moving to London in 1977 to form The Police with Stewart Copeland and Andy Summers. The band released five albums, earned six Grammy awards, and in 2003 was inducted into The Rock and Roll Hall of Fame. Since 1985, Sting has released 13 solo albums. To commemorate the 25th anniversary of his solo career, 25 Years, the definitive box set collection and the double disc, The Best Of 25 Years were recently released. Sting 25, the free iPad APP, is also now available on iTunes and features exclusive all-star performances from his 60th birthday benefit concert, plus rare interviews, photos, music videos, and more. Sting has sold nearly 100 million albums from his combined work with the Police and as a solo artist and has earned an additional 10 Grammy awards, a Golden Globe, an Emmy, and three Oscar nominations.

Tickets to Sting’s concert in Latvia will go on sale this Thursday, 1 March 10am from “Ticketpro” and “Biļešu serviss” box-offices and www.ticketpro.lv and www.ticketservice.lv web shops. Tickets cost from 25 LVL to 35 LVL.

But already on Tuesday, 28 February 10am pre-sale will be launched for FBI Concert Club members via “Ticketpro” and “Biļešu serviss” box-offices and web shops.