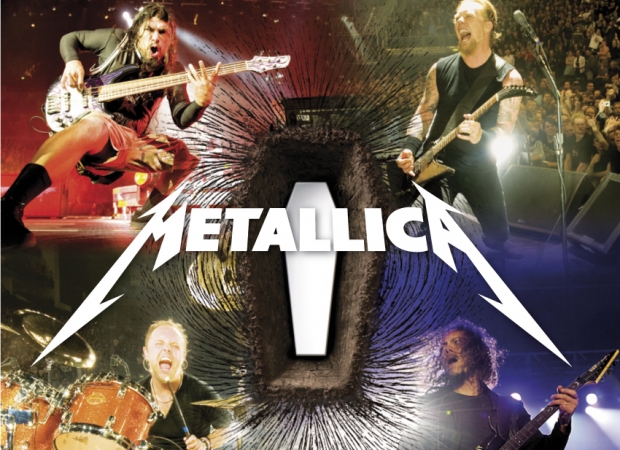 Concert agency FBI announces that one of the world’s most demanded bands “METALLICA” is going to play on April 17 at “Arena Riga”. The band will be performing on 360 degrees stage so that spectators could observe the show from all the angles possible.

The stage will be placed in the center of the arena, and will give spectators a chance to experience new emotions throughout the show of “METALLICA”. ““METALLICA” wants to take a good look into your eyes!” – admits the soloist of the band James Hetfield justifying the preference of this kind of stage.
The necessary equipment needed for the show of “METALLICA” will be delivered by total of 13 trucks, and its overall weight exceeds 58 tons.
Tickets to “METALLICA” show are available from www.ticketpro.lv as well as at “Biļešu paradīze” pay-offices. Seated tickets are yet available for Ls 40 price. Standing tickets are sold out.
The band will visit Latvia within the framework of their huge world tour “World Magnetic Tour”. The tour is organized in order to promote the latest album of the band called “Death Magnetic”. The ninth album made its debut topping album charts in Europe, Australia, Canada and Mexico right from the release date. “Death Magnetic” debuted at number one on the “Billboard 200”, selling 490 000 copies in just three days of availability. It is the band's fifth consecutive studio album to debut at number one, making “METALLICA” the first band to have five consecutive studio album releases to debut at number one. “Death Magnetic” became the quickest selling album of the year in Australia. Record Industry Association of America has awarded the band’s album with platinum status, thus evaluating over 1 000 000 album copies sold worldwide.
On last year’s April “METALLICA” was taken into Rock and Roll Hall of Fame. The band also took part in unique concert dedicated to the 25th anniversary of the hall of fame.
Last year “METALLICA” was also awarded two prestigious “Grammy” awards. The band owns nine golden gramophones already.

Ticket prices to “Metallica” shows in Riga are now announced